Living in japan wouldn’t be complete without experiencing to eat Nabe in Izakayas, going to a Nabe party with locals or just simply making your own (but I can’t cook so I’ll go with the other options lol)

So what is Nabe?

According to my bestfriend, Wikipedia, Nabemono (鍋物, なべ物, nabe “cooking pot” + mono “thing or things, object, matter”) or simply nabe, is a variety of Japanese hot pot dishes, also known as one pot dishes and “things in a pot.”

Most nabemono are stews and soups served during the colder seasons. In modern Japan, nabemono are kept hot at the dining table by portable stoves. The dish is frequently cooked at the table, and the diners can pick the cooked ingredients they want from the pot. It is either eaten with the broth or with a dip. Further ingredients can also be successively added to the pot.

There are two types of nabemono in Japan: lightly flavored stock (mostly with kombu) types such as yudōfu (湯豆腐) and mizutaki (水炊き), eaten with a dipping sauce (tare) to enjoy the taste of the ingredients themselves; and strongly flavored stock, typically with miso, soy sauce, dashi, and/or sweet soy types such as yosenabe (寄鍋), oden (おでん), and sukiyaki (すき焼き), eaten without further flavoring.

The pots are traditionally made of clay (土鍋, donabe) or thick cast iron (鉄鍋, tetsunabe). Clay pots can keep warm for a while after being taken off the fire, while cast iron pots evenly distribute heat and are preferable for sukiyaki. Pots are usually placed in the center of dining tables and are shared by multiple people. This is considered the most sociable way to eat with friends and family.

So last Sunday (November 12, 2017), the day after our DJ Night party, we had a Nabe party at Daiki’s house but it was Junichi’s pot house party (confusing?), basically the first plan was a house warming party at Junichi’s place but since he realized that his house was too small to accommodate all of us, we had it at Daiki’s house.  (I’ll have a separate post about these people and how I met them).

The party started at 4:00 in the afternoon, some went to the supermarket, some went to Don Quixote to buy party stuff while others picked others at the station. I went to the party late because I overslept (hangover).

We started the party and enjoyed cooking Takoyaki and Nabe. And since we have a vegetarian in the house, we also made some vegetarian Takoyaki, and we loved it! Instead of putting octopus or fish, we put some tomatoes and cheese, and it was superb!

After finishing 3 types of Nabe, a plain one, nabe with other flavor and one with kimchi which is spicy, we’re all satisfied and ‘onakaipai’ meaning we are full. I am learning Japanese little by little by picking up, I’m not really hurrying up to learn ya know.

We then started playing games after we cleaned everything up, this is what I love about Japan, everyone is so responsible and nice. In my country, after we eat, only few people will ask to clean the mess and wash the dishes. It’s not really common for visitors to clean the house and wash the dishes, the host would feel embarrasses if you would do that because you’re a visitor. But Japan is really good. I’m loving this culture.

We played lots of games, but Count Clap is one of my favorites. It is a game I learned here and played several times with them, but I still get super excited playing it. (I’m thinking of writing another blog about this game lol) We had some consequences when you lose and they’re hilarious! We had the burp juice wherein you’ll experience endless burping and it was funny! I’ve tried it and it feels like I’m so full and all I wanted is to burp and let everything out, Junichi kept on burping until we parted and his eyes were watery of embarrassment or he’s just having too much much. 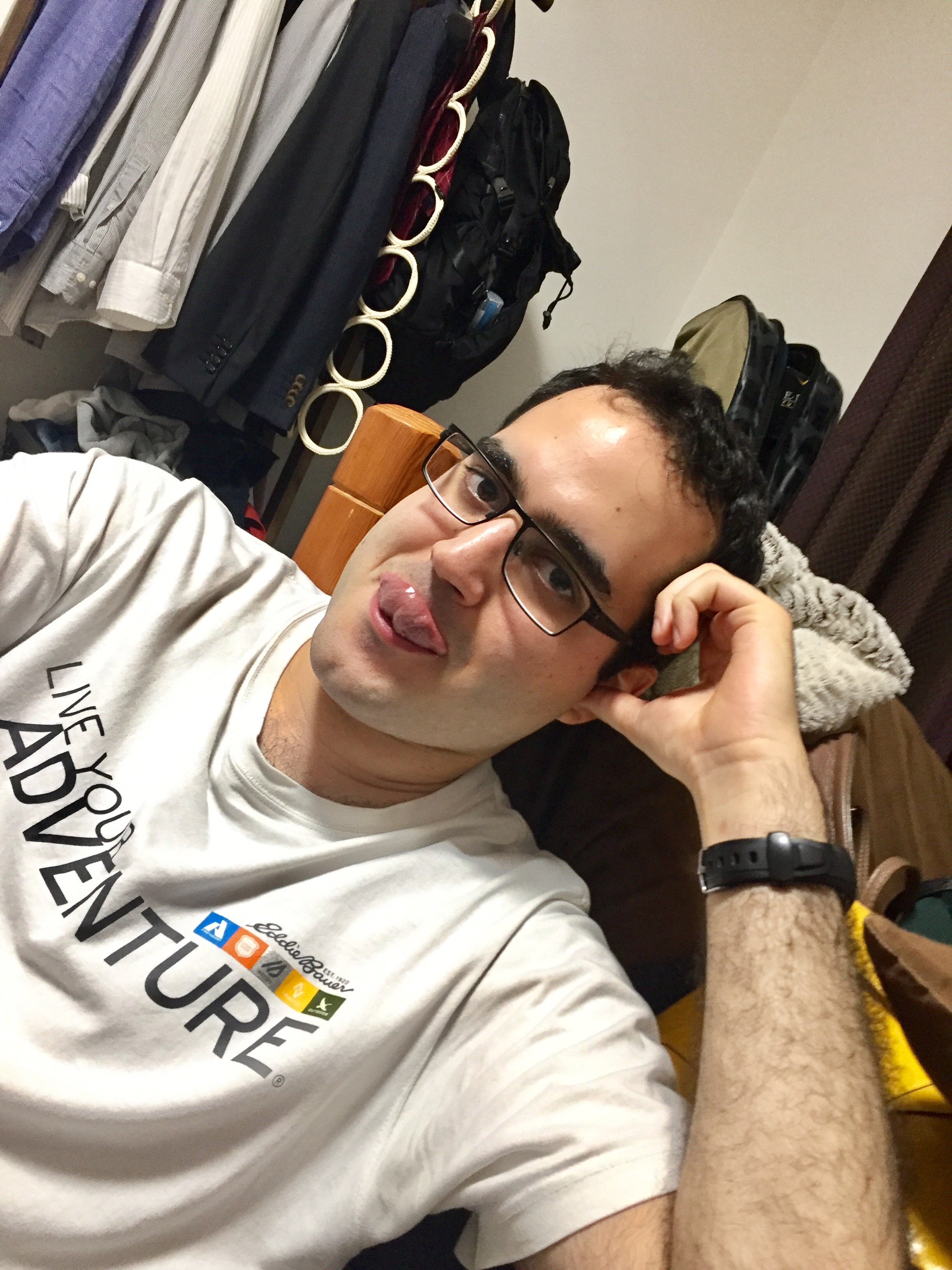 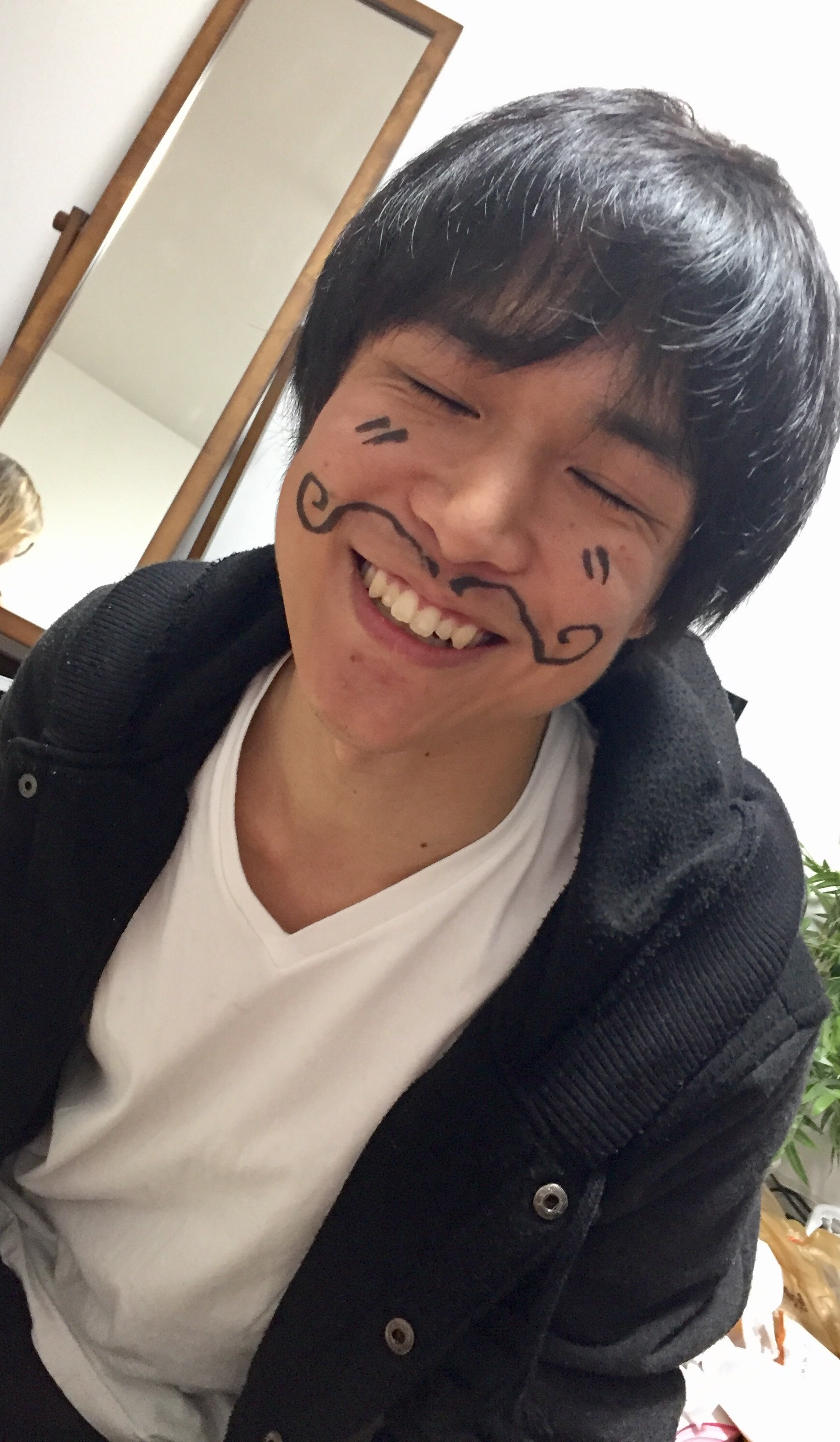 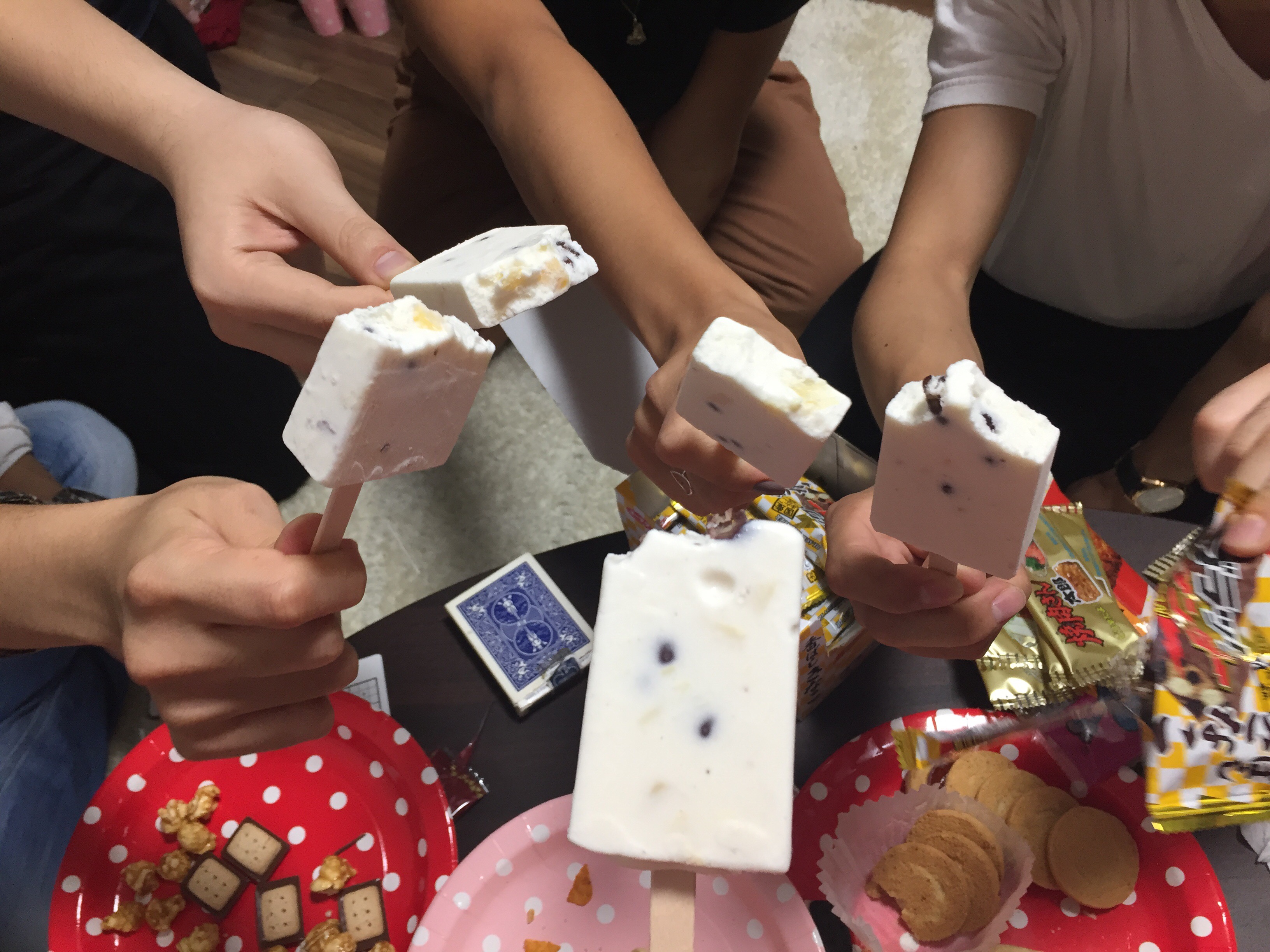 We ended up the party at 11:00 in the evening since it’s Sunday and everyone has to go to work the following day. But one thing is for sure, I would never ever forget this day, how happy everyone was, how we were able to understand each other despite of different languages and culture. It was fun. And I’m looking forward for more. 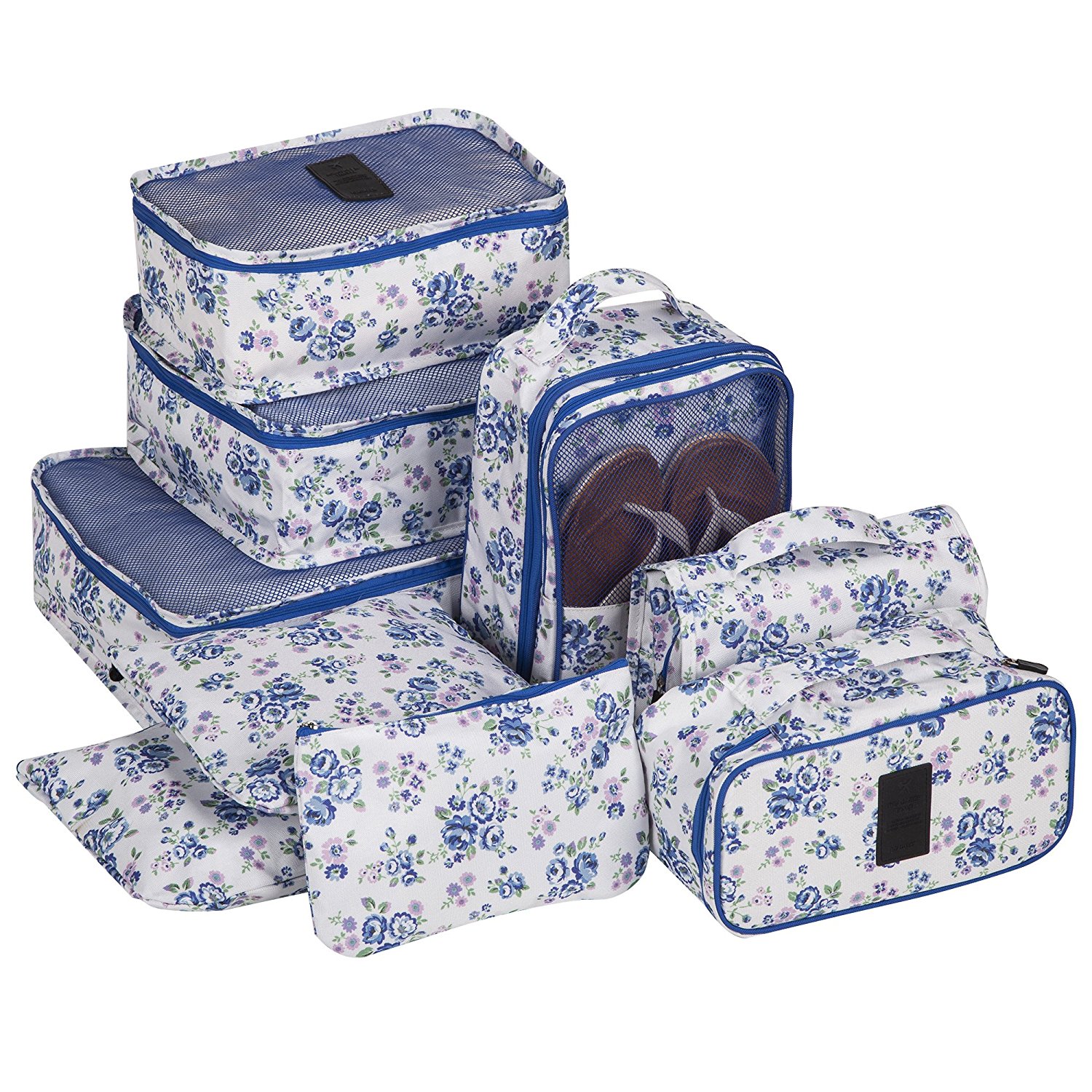